A very Happy Sunday
On my crafty road I have discovered Brusho's, I have dabbled with them in the last few weeks, using them on flowers and such but not on a big scale.
Soooooo here goes...Big Girls knickers pulled up and all that.... 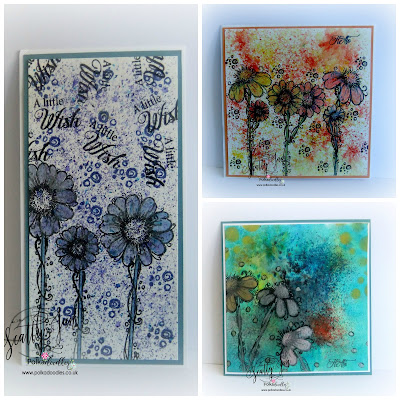 I made a trio of cards all trying Brusho's a slightly different way - I most definatly adore them. These are all on watercolour card
For all cards I used a mixture of the Daisydays Stamps and also Summertime Stamps collections. I used Memento Inks. 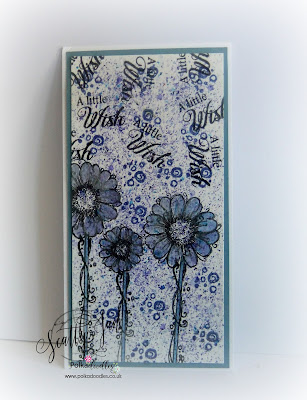 Card 1
I used Ultra Marine Brusho's and Blue water colour paint on the flowers. I used quick sprays of water on the Brusho's
(You can tell by card 3 I was more adventurous and was'nt bothered about spraying more that a dribble of water) 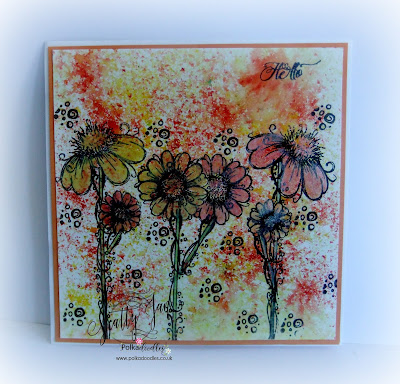 Card 2
This one I used Scarlet, Lemon and Yellow Ochre Brusho's with slightly more water than above
I used lemon and Orange water colour paints on the flowers 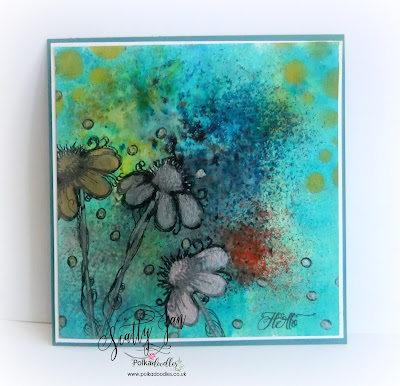 This one I used Brusho's Turquoise, Lemon , Orange and Coalt Blue and soaked with water. The yellow circles I did with Pan Pastels . And painted flowers using a dull yellow , a grey and then a grey mixed with white.
Thank you for stopping by
xx
I would like to enter into
Creative Fingers - Anything Goes
Fussy and Fancy - A walk in the garden
Thats Crafty - Bright & Zesty (card 2)
Creative Moments - Anything Goes/Circles (card 3)
Inky Chicks - 5 or more flowers (card two)
Get Creative - Lots of Blue (card one)
Stamping Sensations - Anything Goes
Penny Black and More - Anything Goes with a stamp
Love To create - Mixed Media
at August 07, 2016

What I Created Next said...

Fabulous. I'm nervous about using my brushos but will get my big girl pants on very soon. My Fave is number 3....or 2....or 1. Lol

i love the variety of backgrounds you've created and the floral images are so pretty!! thank you so much for playing along with us this month at penny black and more.
linda

What beautiful creations in such lovely colours Jan - am a big fan of Brusho's, thank you so much for sharing with us at Stamping Penny Black and More and Sensations challenges.

Ooh, love the effects you have achieved with the brushos -I really want to try them.

Oh what a great technique for backgrounds with super effects with all the colours you have used and blended together.love them all.
Thank you for sharing with Fussy and Fancy.
Best wishes
Jules xx

Beautiful card. Thanks for joining us at the challenge of Inky Chicks. DT Veronique

Marvelous cards. I love combos. Thank for playing with us at Fussy & Fancy challenge.
Nathalie DT

A beautiful set of cards for our Challenge at Stamping Sensations! Thanks for joining us this month and good luck!

Hello and Happy Friday I am here today sharing with you some Christmas Fun Crafters Companion Christmas Gnomes!! How cute are they!! They ... 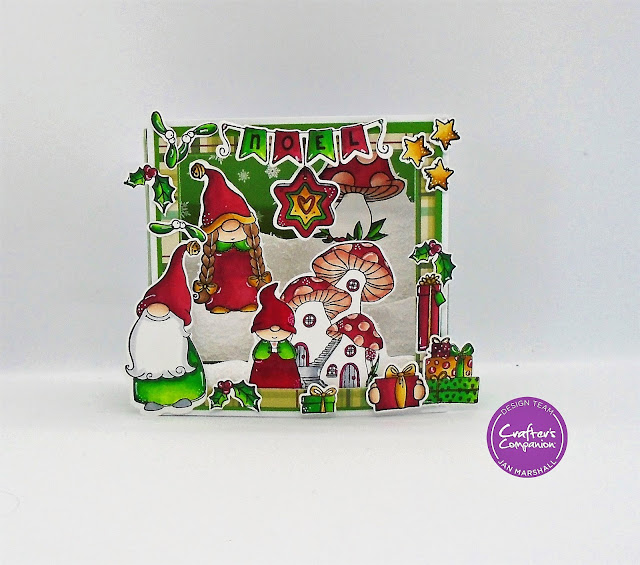 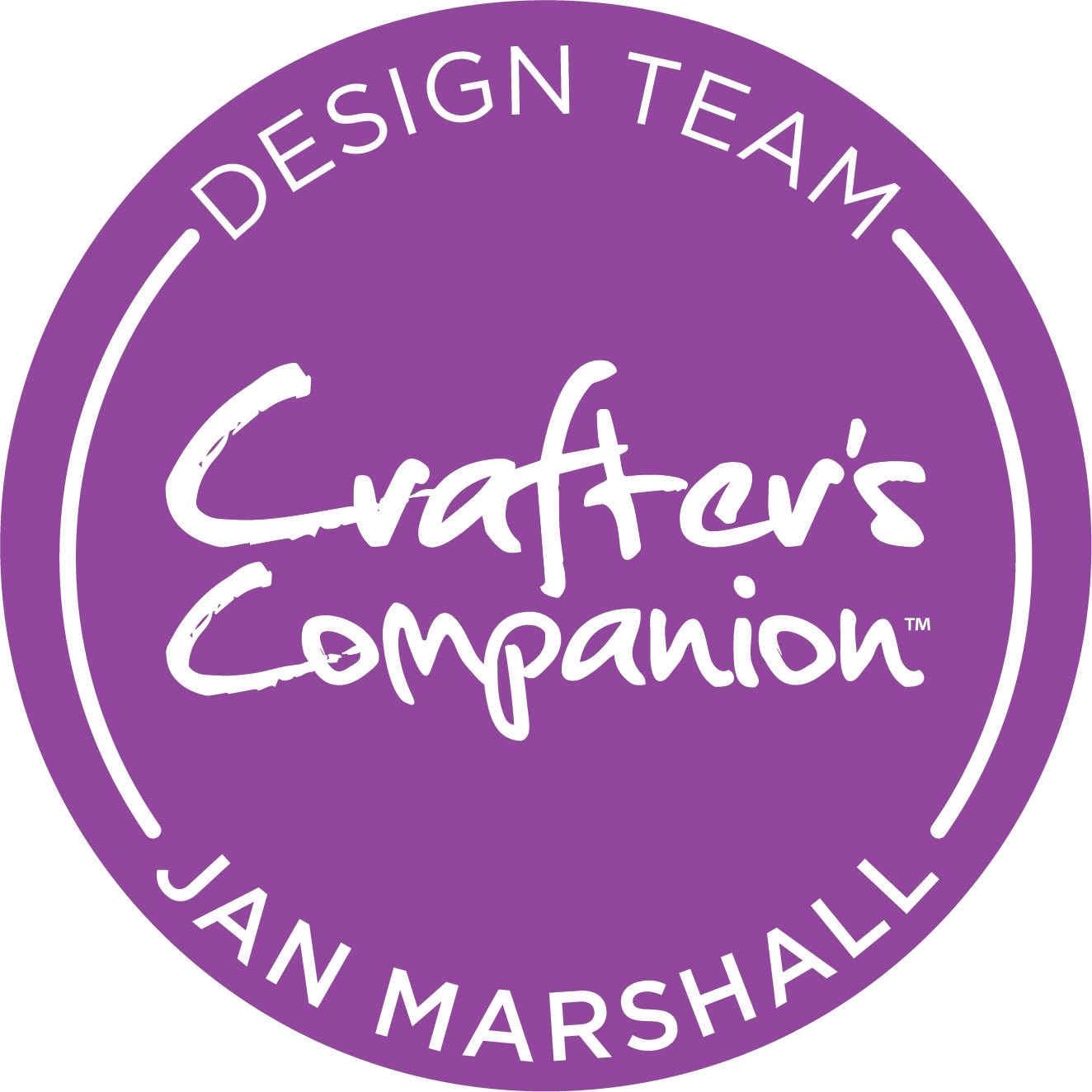